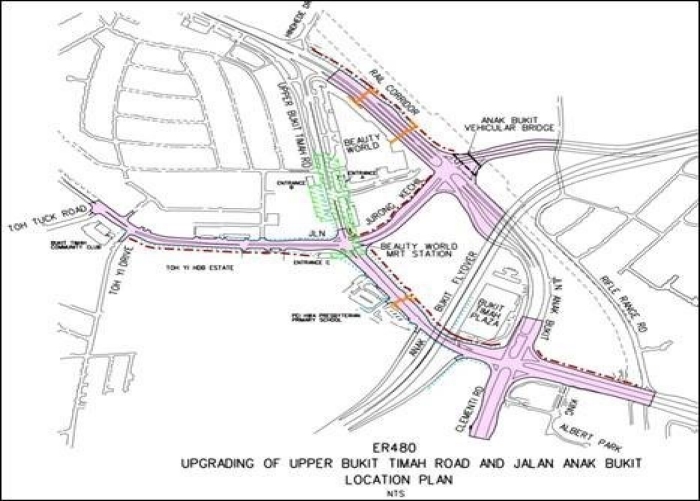 The major works along Jalan Anak Bukit are on-going and the storage lane leading to the slip road towards PIE(Changi) has been completed and opened to traffic. The junction of Jalan Anak Bukit and Jalan Jurong Kechil would also be expanded with more traffic lanes to improve the traffic flow at this junction and is expected to be completed by 4Q2019.

The construction of a new 3 lanes city-bound carriageway along Upper Bukit Timah Road, between Jalan Jurong Kechil and Clementi Road, is well in progress. This stretch of Upper Bukit Timah is targeted to be converted to two-way traffic by 1st half of 2020.